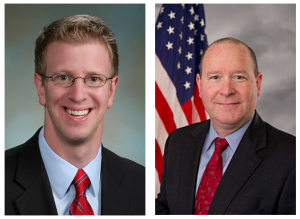 The STEM Ed Coalition and its Members have worked with the offices of Congressman Derek Kilmer (WA06) and Larry Bucshon (IN08) on the importance of including engineering in the AP curriculum. This week, the offices released a statement in in support of an AP Engineering course.

“In a bipartisan letter to the National Science Foundation (NSF), Representative Derek Kilmer (WA-06) and Larry Bucshon (IN-08) encouraged continued development of the framework for a national Advanced Placement (AP) Engineering course.  The members encouraged the NSF to make investments in engineering similar to the AP Computer Science Principles course, set to launch in the fall of 2016. Kilmer and Bucshon were joined by 53 other members of Congress in sending the letter to NSF.

In the letter, Kilmer noted that it’s important for the American education system to address an increase in demand for technological and engineering competence in the global workforce. The U.S. Department of Commerce has reported that in the last 10 years, job growth for STEM careers has increased three times more than that of non-STEM jobs. Developing curriculum for high school students to engage in and access college-level courses is part of the drive to get students prepared for jobs that are in demand. According to Washington STEM this can have significant benefit in Washington state because the state continues to have significant job vacancies in STEM fields.”

Kilmer and Bucshon Letter to the NSF